Dividing property in a Virginia divorce. 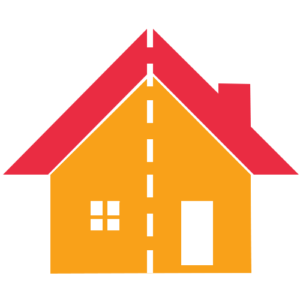 Here is a simple chart to help you visualize the process:

Step 1: Classification of property as marital, separate or hybrid.

A circuit court is only authorized to divide “marital” property in a divorce. For this reason, all property owned by the parties must be classified before there any property is divided.

There are three classes of property in a divorce:

So how are these classifications of property defined?

“Marital property” refers to all property titled in the names of both parties and all other property acquired by each party during the marriage which is not separate property.

Marital property is presumed to be jointly owned unless there is a deed, title or other clear evidence that is it is not jointly owned.

In the past any co-mingling of marital and separate property could, and often did, result in all of the property being classified as marital property. The Virginia equitable distribution statute was revised to address this in 1990. Since 1990, property may also be classified as hybrid or part-marital or part-separate. This hybrid class of property will be discussed in a later section.

“Property” is not clearly defined in the Virginia divorce statutes. Decisions by Virginia courts regarding the definition of property in the context of a divorce have essentially broadened the definition to include all imaginable types of property from jewelry and bank accounts to investments and retirement accounts. There are some exceptions to this broad definition including military disability benefits, which are classified as separate property due to a federal court decision.

There still a few interesting issues left to be determined by the courts with regard to the classification of marital property. That discussion will be saved for another day.

“Hybrid property” refers to property that is part-marital and part-separate.The concept of hybrid property is used to avoid the inequity of past practices that treated all co-mingled property as marital property regardless of any separate investment.

Hybrid property may be created when there is an increase in value of separate property during the marriage as a result of efforts by one or both of the spouses. This may include direct effort or the investment of marital income in the property.

For instance, hybrid property is created when a spouse pays the down payment on a home, with money he or she owned prior to the marriage, but then the mortgage is paid with income earned during the marriage.

To make things even more complicated, parties frequently argue whether inflation in value is due to market influences outside their control and thus either should or should not be deducted from any increase in value during the marriage. Personal investment accounts often exist in the middle of these types of dilemmas.

The methods and strategies for classifying and valuing separate property will be dealt with in another article. The key to the analysis of hybrid property, and frequently the value of separate property, is to tease out the difference between active effort by the spouses and passive increases in value that would have occurred regardless of any effort by either of the spouses.

Once property has been classified, the burden is upon the parties to present sufficient evidence of the value of marital or hybrid property that the court is asked to distribute.

Valuation in a divorce is intended to determine the intrinsic worth of marital property to the spouses. This standard usually refers to the fair market value of the property. In a more detailed post I will discuss how different valuation methods are used at times when dealing with more complex issues such as business interests, professional partnerships, certain investment devices, and similar types of assets.

A court cannot guess at the value of property. Expert witness testimony from appraisers is frequently relied upon to establish the value of significant assets such as real property (homes and land) and business interests (such as family businesses or professional partnerships). However, an owner’s opinion as to the value of property may also be considered.

To avoid the costs of expert witness appearance fees and trial preparation costs, divorce lawyers frequently obtain appraisals and try to reach an agreement on valuation prior to trial. The use of agreed upon neutral appraisers, tax assessed values, Kelley Blue Book values and similar resources may significantly lower the costs of divorce litigation.

Liens on property, such as mortgages or car loans, must also be accounted for when valuing property. If a spouse has paid down a loan during the parties’ separation then the increase in equity resulting therefrom may be considered that spouse’s separate property and be deducted from the final value used by the court.

Costs of selling the property such as broker’s fees in the case of houses may also be taken into consideration under certain circumstances.

The most common valuation issues that require experienced attorneys and experts are those that involve businesses. These may include corporations, partnerships, professional entities, and other forms of enterprise or investment. There are several methods for valuing businesses. The one used in each particular circumstance depends on the type of business and the goal of the advocate. A more detailed discussion of business valuations may be provided in a future article or appended to this article. If your divorce will involve a business valuation and you must obtain the advice of an experienced divorce attorney before reaching any settlement and most certainly before going to court.

Any of these factors may be found at the center of highly contested equitable distribution proceedings. All of them deserve a separate analysis that would be too detailed for this particular summary.

Circuit Court judges are given broad discretion when weighing and applying these factors. The role of decision-making discretion vested in the trial courts cannot be underappreciated. It is a common theme in our educational materials. Trial court equitable distribution awards are rarely reversed on appeal. This is why effective advocacy in your divorce is so important.

Case decisions interpreting the factors informs and directs judges’ decision-making. Such influences must be accounted for in the presentation of evidence and arguments to a court that is dividing significant or complex assets. The outcomes in the classification and valuation stages also impact the final property division and must be methodically planned and prepared in order to set the best possible stage for the final decision dividing the marital property and debts. 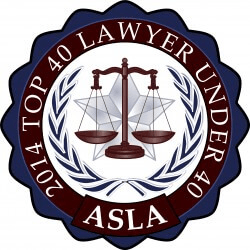 This website is not intended to constitute legal advice and does not constitute legal advice. By posting and/or maintaining this website and its contents, The Moore Law Firm PLLC does not intend to solicit legal representation business from clients for matters where Virginia law does not apply. Some links within this website may lead to other sites. The Moore Law Firm PLLC does not necessarily sponsor, endorse, or otherwise approve of the materials appearing in such sites. Contacts via email or online submissions do not create a confidential relationship and do not create an attorney-client relationship. Set up a divorce consultation:

Weekends and after hours appointments available on a limited basis.